The Rise in Artistic Investments — Where to Begin, and is it Worth it?

While collecting antique works of art is often associated with older generations, more young people are investing in art today, with millennials making up nearly half (49%) of collectors around the world, according to economist Clare McAndrew’s The Art Market 2020 report. However, for those looking to break into the hobby of collecting, it’s important to realize that it’s generally not what it appears to be. From the prevalence of art investments and their rise in popularity to the risks involved and how collecting can pay off, here’s what you should consider before purchasing a pricey piece.

The prevalence of art investments

Collecting works of art is generally regarded as only being a hobby for wealthy folks, though investments among other age groups, specifically millennials, have increased, and for many different reasons. The coronavirus pandemic is just one driving factor behind the increase, as collecting artwork gave many a tangible investment. “A lot of people have moved to art in the wake of Covid—19,” notes Devesh Mamtani, chief market strategist at Century Financial in Dubai. “The gratification of looking at art on a daily basis was more valuable than owning assets that you have no access to,” Mamtani further notes, highlighting the reasoning behind the spike.

When it comes to further dissecting the prevalence of art investments, the fact that many millennials are investing in art makes for interesting statistics on the matter. According to the UBS and Art Basel report, millennial high net worth collectors were actually some of the biggest spenders on art back in 2020, with an impressive 30% spending more than $1 million when compared with 17% of baby boomers. While this brings to light the fact that many younger people are investing nowadays, it’s important to take into consideration the fact that getting involved with such a hobby isn’t always as promising as it sounds, and there are risks to be aware of.

The risks involved — and exploring other options

Investing in artwork is often viewed as something that will turn a high profit in a short period of time, though this simply is not true. “Both art and antiques are great investments for people who want to put money aside for the long term,” says Sujoy Roy, director of the art curation firm Your Art House. Roy further states “you can’t buy today and sell the next week and expect great returns.” In addition to being considered high-risk investments due to factors like a fluctuating market, investing in a piece that has sentimental value or is pleasing to the buyer is often better when looking to invest, rather than prioritizing any potential financial payoff.

When considering the risks involved, seeking out other options when looking to collect visually appealing artwork can be more rewarding. For example, if you want to appreciate works of art without investing in a pricey antique piece, creating your own is a great place to start. For those who love animals, getting started with painting or drawing can be as simple as following step-by-step visual aids, which will aid in guiding you through the process of drawing simple animals — like a horse — all without having to be a professional artist. By starting to draw a horse’s face — which is known for being a symbol of mystery and beauty, one can draw expressive features such as an almond-shaped eye, and follow by drawing the rest of the portrait accordingly. However, for those who are ready to start investing in antique art pieces, doing so doesn’t necessarily mean seeking out the best pieces at an upscale art gallery.

The value in a good thrift find

For those considering taking up a hobby investing in antique artwork, it’s important to realize that you don’t have to spend hundreds of thousands on a nice piece, as many can be found through cost-effective and simple means, like thrifting. In fact, that’s exactly what happened to antiques dealer Laura Young of Austin, Texas, who found an antique piece — a bust — at a local Goodwill in her hometown back in 2018. Young paid a price of just $35 for the piece that weighed a hefty 52 pounds, later finding out that it was worth much, much more than what she paid when a Sotheby’s consultant determined it to be a “marble Julio-Claudian-era Roman bust that dates from the late first century BC to the early first century AD.”

According to the NY Post, Young told the San Antonio Express News “He looked Roman. He looked old,” further going on to state “In the sunlight, it looked like it could be something very, very special.” While Young’s story highlights just how unpredictable a trip to the thrift store can be, it’s also a great way to find hidden gems. The bust is now on display at the San Antonio Museum of Art, where it will remain until next May, then is expected to head back to Germany.

Investing in antique art can make for an aesthetically pleasing investment, though it’s important to take the risks into consideration — as well as the fact that you don’t need to invest thousands to get started. From the value of thrifted finds to creating your own art, there are multiple ways to get a collection started. Preserving The History Of Older Homes: A Brief Overview Gallery

Preserving The History Of Older Homes: A Brief Overview How Antique Malls Are Thriving Amidst The Supply Chain Crisis Gallery

How Antique Malls Are Thriving Amidst The Supply Chain Crisis

Take the Brass Armadillo with
You, Wherever You Go!

This tune is a fan-favorite and has been known to turn a head or two! Download the popular radio ringtone for the Brass Armadillo. 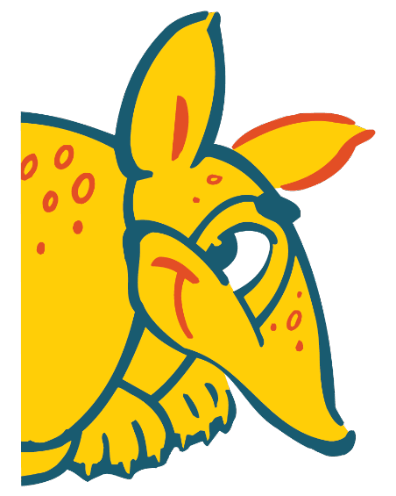